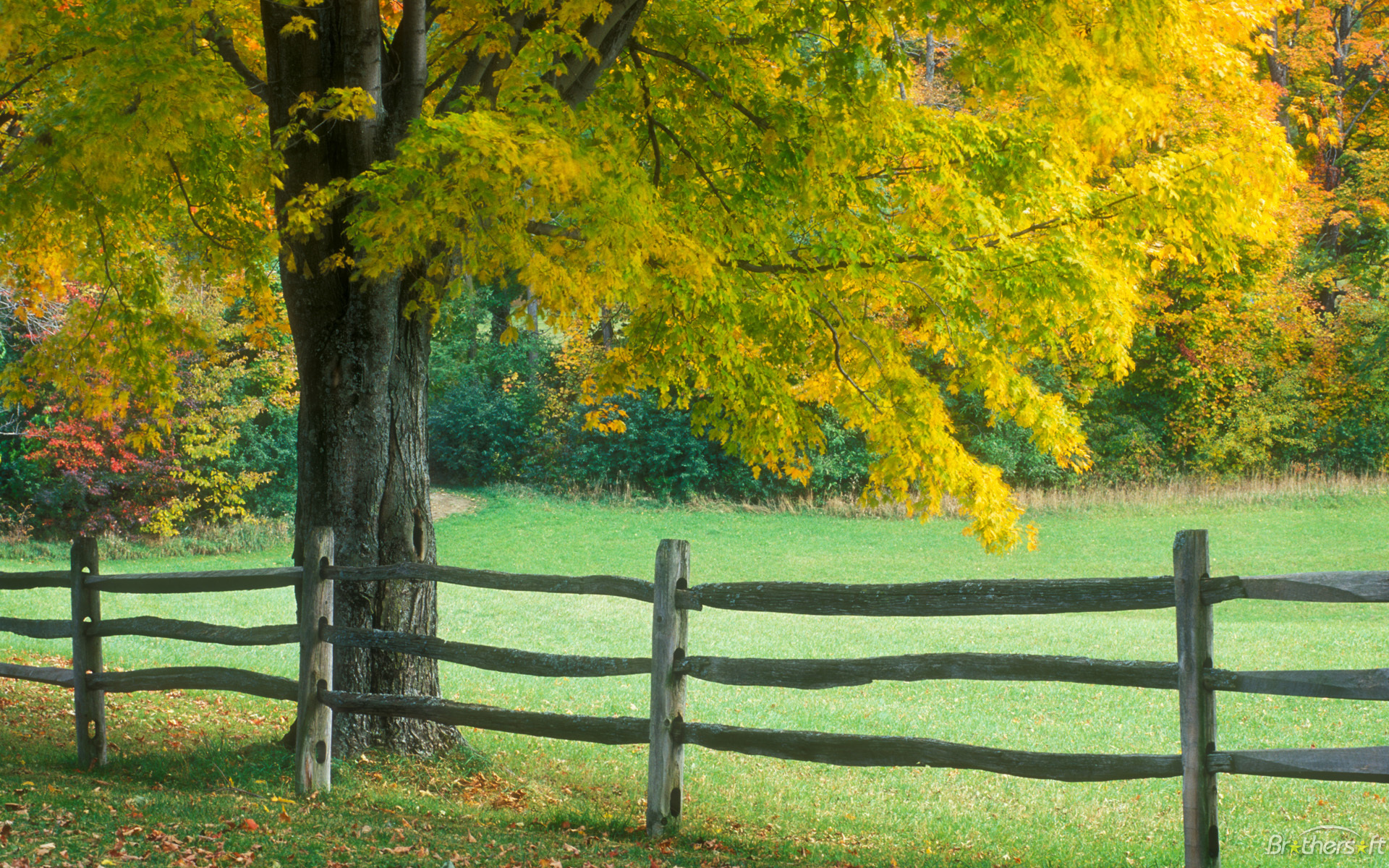 The construction of Tong Hing Supermarket at #55 Bond Street was the culmination of a four years major undertaking for its owner Wong Tze-Fatt, which began in 1955 when his business premise in a row of post-war timber shop-houses located opposite Jesselton’s Town Padang Railway Station was totally gutted by fire. Fortunately for Tze-Fatt the Colonial North Borneo Government had just completed construction of two rows of two-storey red roof tiled shop-houses as part of its post-war reconstruction of Jesselton’s high street and a vacant shop #109 Bond Street was available for immediate rent and occupancy. Thus Tze Fatt was able to promptly move his grocery business to #109 Bond Street at short notice and with his customers returning to his relocated Tong Hing Cold Storage grocery store, he was able to secure his family’s livelihood with only a few weeks loss of income.

After successfully reopening his Tong Hing Cold Storage grocery store at #109 Bond Street in 1955, Tze-Fatt didn’t sit back on his laurels. He added a walk-in cold-room to store whole carcass parts of imported Australian frozen meat which replaced the small Cabinet Freezer used in his previous shop which could only hold small cuts of frozen meat. Tze-Fatt then engaged two master butchers from Singapore and started up a new imported frozen meat butchery section in his new Tong Hing Cold Storage grocery store; which was a first for the town of Jesselton and North Borneo.

When his grocery business at #109 Bond Street premises had settled down and could provide his whole family a steady source of income to support their livelihood; Tze-Fatt began to search for a plot of land to build his own building and house all his increasing lines of businesses under a single roof. With the help of his friend and customer Bruce Reeves the Deputy Director of Lands & Survey Department and Jesselton’s town planner at the time, Tze-Fatt acquired a derelict plot of commercial land at #55 Bond Street from North Borneo’s Government and he commissioned Architect Billings Leong to design and draw up his dream Tong Hing Supermarket building.

Impressions of a Saturday Afternoon in 1959

Then on one fine Saturday afternoon early in 1959 after a three years building schedule; Tze-Fatt finally sat down on a new green leatherette coffee chair at the first floor dining room of his newly completed four story Tong Hing Supermarket building at #55 Bond Street, Jesselton, North Borneo. His modern fully air-conditioned corner lot building housed his supermarket business on the ground floor which had opened its doors to its first customer just two weeks ago.

On the first floor of the building was Jesselton town’s first Colonial Steak & Grill Room restaurant wherein on that day of his visit, decorators were still putting on the finishing touches to its interior and readying the restaurant for its grand opening later in the year. On the third floor of the building was his own office and administration offices and on the top floor he built living accommodations for his widowed mother and siblings.

Earlier on one of his annual business trips to Singapore, Tze-Fatt had engaged Mr Goh Tok Sing as General Manager to run his supermarket operations and Mr Patrick Tan as his assistant floor manager. Both had considerable working experience in their respective trades as previous employees of Singapore’s Cold Storage Supermarket.

On the same business trip to Singapore Tze-Fatt had also engaged Mr Albert Han as restaurant manager and “Captain” for his new Colonial Steak & Grill Room and Mr Ngiam Boon-Hee as deputy restaurant manager. Captain Albert Han then gathered a culinary team of a Chef and two Cooks to be interviewed by Tze-Fatt.

The selected culinary team for interview were emigres from China’s southern Hainan Island and spoke the less known “Hainanese” dialect. In the Far East at the time, fine dining in Chinese cuisine was held to be synonymous with Hong-Kong’s Cantonese cuisine restaurants and culinary staff needed for Cantonese cuisine restaurants would invariably be hired from the British Colony of Hong Kong. However when it came to western colonial cuisine it was the “Hainanese” émigrés from China’s Hainan Island who gained a hard earned reputation in Singapore’s restaurant industry for their outstanding culinary skills in western colonial cuisine.

The “Hainanese” culinary diasporas had grounded their kitchen craft in western cuisine working first as dishwashers and then as cooks in the galleys of British Merchant Ships and Tramp Steamers sailing out of Singapore Port to ply the South China Sea. At the end of their seafaring days many Galley Chefs continued to work onshore as domestic cooks for British families resident in Singapore before going on to work in the kitchens of Singapore’s burgeoning restaurant and hotels industry.

The renown colonial recipe for Sizzling Pepper Steak is a fusion of a French style demi-glace adapted with addition of available local ingredients; in particular the use of aromatic Black Pepper grown in Sarawak to prepare a espagnole brown sauce suitable to the English palate and a Steak Fillet presented sizzling on a hot plate is an inventive colonial recipe attributed to the Hainan émigré culinary diasporas.

Tze-Fatt was satisfied with the team selected by Albert Han to start his Colonial Steak & Grill Room restaurant and the only matter left for him was to sample “the proof of the pudding” in its eating. So Tze-Fatt selected a menu of de-rigueur colonial favourite recipes and instructed Albert Han and his culinary team to prepare the selected menu for him to taste.

At the end of Tze-Fatt’s food tasting sessions which fully met his expectations, he engaged the selected team on the spot and made arrangements for Mr Albert Han and his team of chefs and cooks to travel to Jesselton and prepare opening Borneo’s first Colonial Steak & Grill Room restaurant.

That One Day, that Saturday Afternoon

On that one Saturday afternoon in 1959 when Tze-Fatt visited his newly built Tong Hing Supermarket building, he had brought his eldest son Kah-Ho along with him to taste the first milkshakes from his restaurant’s milk bar while he met with friends that he had invited to find a name for his new Colonial Steak & Grill Room over afternoon drinks. Tze-Fatt first stopped at his ground floor Tong-Hing Supermarket where he spoke briefly to his general manager Mr Goh Tok-Sing and deputy Mr Patrick Tan before taking his son upstairs with him to his yet unnamed Colonial Steak & Grill Room.

The restaurant dining room was near completion and the place was still buzzing with electricians, carpenters, painters, drapers, lighting technicians and sound equipment installers all busy putting their finishing touches to the restaurant’s interiors. With his restaurant bricks & mortar, kitchen equipment & utensils, cutlery, fittings fixtures & furniture all in place and his kitchen and dining room personnel settling down ready to start-up restaurant operations, the only task remaining for Tze-Fatt before he could open business to his first customers was to name and register his restaurant business and to then choose an auspicious date for its grand opening later in the year.

Tze-Fatt at best had only a rudimentary command of the English language which was sufficient for his daily business conversation use. However for such an important task as in the naming of a newborn business, Tze-Fatt felt he would need the help of friends who were much more fluent in the use of the English language and who could translate the nuanced meaning of English words with some degree of fidelity. For the important task of naming his Colonial Steak & Grill Room Tze-Fatt had asked his friend and lawyer Mr Wing Kon-Loo to meet him that particular Saturday afternoon for a tete-a-tete to find a name for his new restaurant business.

Mr Wing Kon-Loo had graduated from China’s Southern University in Canton and practiced law in Hong-Kong’s English based legal system and was well acquainted with the use of a highly idiomatic English language and the idiosyncratic difficulties that will present itself to fidelity in the art of translation. Lawyer Wing Kon-Loo in understanding the high importance that Tze Fatt had put onto the naming of his newborn restaurant business had therefore taken the liberty to confide with a young lawyer Mdm Li Yun-Ken (Tong) who taught English before travelling to Hong Kong to read a law degree and had recently returned home to practice law in Jesselton. In deference to her greater fluency in the English language, Mr Wing Kon-Loo had asked Tze-Fatt to include her in their afternoon get together and over drinks to find a name for his newborn restaurant business.

And thus fate found me on that particular Saturday afternoon in 1959 seated in the corner of my father’s yet unnamed Colonial Steak & Grill Room and watching him seated at the far side of the restaurant chatting away with Mdm Li Yun-Ken Mr Wing Kon-Loo as the long golden rays of the low afternoon sun streamed into the room through the west facing French windows that opened onto the terrazzo dance floor and open-air roof deck. The place was dotted with carpenters and decorators still busying themselves to complete the interiors works for the Colonial Steak & Grill Room restaurant on time. The completion date had been slightly delayed as delivery of the European made Diethelem furniture dining tables and chairs and the English manufactured kitchen equipments and utensils were held up briefly during transhipment in Singapore’s busy port.

The fragrance of newly planned wood chipping and wood panelling varnish still lingers in my memory which associated itself to this day with the light banter of Cantonese and Shanghai émigré carpenters and builders which was intermittently drowned out by the blare from the speakers of the restaurant’s Tannoy system. And then the cosy ambiance in the dining room was interrupted by the piercing sound of an electric blender machine and the grind of its rotors as it chewed into ice cubes and whirled and blended the milk and chocolate ice cream mixture into a frothy cold drink. Soon I was sipping out of double drinking straws that drew from a tall glass of thick creamy chocolate milkshake that Mr Albert Han had prepared for me and slaking off a thirst that had built up in the hot Saturday afternoon and at the same time slowly savouring and devouring a rich Battenberg cake.

……………… I can see my father and his two friends as clear as if it had only happened yesterday. The three chatted away convivially through into the long afternoon as the glowing yellow orb of the setting sun turned golden and lowered itself through a gap between the Harrison & Crossfield and Standard Chartered Bank buildings sited on Jesselton’s seafront and turned into a red disk and just as the setting sun slowly sank into the distant horizon of the South China Sea beyond a green flash of light streaked across a violet evening sky.

Somewhere along their afternoon of musing helped by a heady flow of Pim’s Singapore Sling for Mdm Li Yun-Ken and frosty ice cold beer mugs of Carlsberg Beer for Mr Wing Kon-Loo and my father, there was a brief lull between words spoken and out of the blue dropped the names of well known flowers. Some were names of famous established food brand names as was Magnolia and Carnation and others the names of exotic Tropical Orchids. There was another flurry of names of flowers and then a quiet pause in the conversation when my father called Albert Han for a second tall glass of chocolate milk shake to be sent to me.

This time around I took my time savouring the sweet and fulsome taste from a foreign world that had arrived to North Borneo “the Land Below the Winds” and the sound of a name “Gardenia” that came to define the late fifties in British North Borneo and which was the beginning of a new modern era for a young boy who was eight years of age.